Despite signs that more passenger aircraft flying cargo missions is proving a drag on rates, airlines keep throwing capacity into the market.

For example, American Airlines has stepped on the accelerator expanding its cargo schedule from 80 weekly flights a fortnight ago to 140 last week.

It added Hong Kong (served daily from Dallas/Fort Worth), Beijing, San Juan and several European destinations, including Paris and Rome.

And while early entrants are ramping up their operations, new players are entering the fray, such as LATAM and Avianca, which have both launched belly cargo flights to China.

Much of this is to haul personal protection equipment (PPE) to their home markets, but increasingly airlines have been looking beyond this segment.

Such deals indicate that the use of passenger aircraft for cargo missions has gone beyond charter missions to regular network operations. Emirates, which was running close to 100 daily cargo flights serving 65 points around the globe in early May, added 10 more destinations on May 14 in another bout of expansion.

Air Canada now flies 90-100 routes a week with a mix of aircraft, much on B777s and A330s that have had their seats removed to carry freight in the cabin. While many airlines seem content to load some cargo (mostly PPE shipments) on seats and in overhead compartments, others have followed the Canadian carrier’s example and are taking out seats in order to optimise the use of cabin space. Swiss is currently removing the economy seats from four of its B777s.

At this point about 110 airlines have performed cargo flights with passenger equipment, fielding about 1,100 planes. By some estimates, this is still short of demand. (Many postal agencies would attest to that, although rates have been a significant factor in their decision to halt international mail shipment.)

The proliferation of cargo flights has had an impact on pricing, though.

“For air cargo, the addition of repurposed passenger jet capacity has helped level off rates spurred by urgent PPE demand,” commented Freightos in its update of May 13. “After ongoing 25% growth in rates on a near-weekly basis, air cargo export from China seems to have stabilised at about $14-15/kg, up from just under $3/kg in February.”

At these levels ‘belly freighter’ operations are viable, but a convergence of increased flying and weakening demand for cargo – especially for PPE traffic sponsored by national governments – will turn the economics sooner or later. However, some airlines are likely to carry on regardless, driven by a need to generate cash flow.

“A number of airlines are in generate cash mode,” a senior cargo executive of one carrier remarked privately.

A few airlines have already succumbed to the impact from the pandemic. Low-cost passenger airline Flybe was the first, followed by regional US feeder operators Trans States Airlines and Compass Airlines (both owned by Trans States Holdings), Virgin Australia and Avianca, which filed for bankruptcy protection on May 11.

Others are likely to follow, including some large players. In an interview with TV station NBC Boeing CEO Dave Calhoun said it was “most likely” that a major US airline might have to fold.

His comment triggered speculation which carrier he was referring to. A Boeing spokesman commented that Mr Calhoun “was speaking to the general uncertainty in the sector, not about any one particular airline”.

Most observers regard American Airlines as the most likely large US operator to face trouble. The airline tabled a net loss of $2.2bn for the first quarter – worse than United Airlines’ $1.7bn deficit and Delta’s $534m loss. American has the highest debt load of the three, which some pundits expect to balloon above $40bn by the end of the year. Currently its debt stands at $33.4bn, with some of its unsecured debt yielding close to double digits. 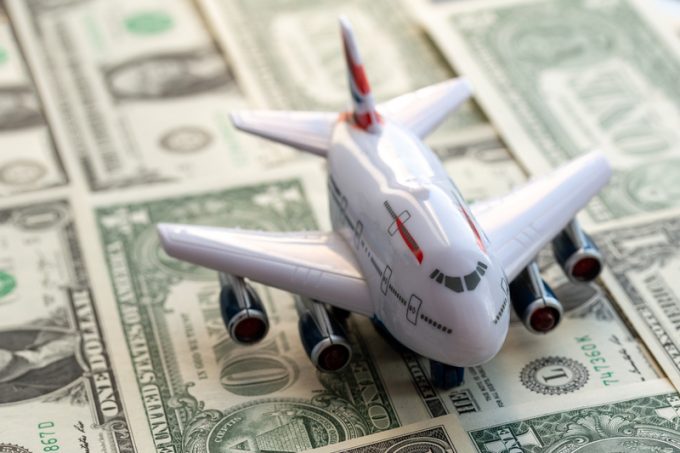 American currently burns about $70m a day, which management hopes to reduce to $50m a day by June. It has $11bn in liquidity, but $10.6bn of this is from US government support programmes mostly geared to keeping employees in work.

Stan Wraight, president & CEO of Strategic Aviation Solutions International, agreed that American is facing serious problems, but he doubts the airline will go under. One possible scenario would be that Qatar Airways, which pursued a stake in the airline in the past, could acquire a minority shareholding in it, he said.

Much of American’s cargo flying is across the North Atlantic. At current rates of about $7.50 a kilo westbound, this is viable on a 777 if the cabin space is used for cargo, Mr Wraight said. He reckons that the US will have a longer-term need for PPE imports, which should keep rates high.

In light of its debt load, American’s board may be tempted to keep flying cargo missions even if they do not write black figures, just to generate cash flow. For Air Canada Cargo, this is not an option, according to Mr Strauss.

“We have a mandate to make money on every flight we make,” he said. “We have no money to burn.”

At the end of March Air Canada had unrestricted liquidity to the tune of C$6.523bn, a cushion that many carriers can only dream of at the moment. The fact that an airline in such relatively good shape sees a need for drastic cuts suggests that many of its rivals have a more urgent need to keep cash flow going, regardless of profitability.

What is the global container index?