by Dandelion
in Blog

A chartered Antonov AN-225 broke two world records last week while transporting vital medical supplies from China to Europe to help combat the COVID-19 pandemic. The giant Soviet-built aircraft, built in the Ukrainian Soviet Socialist Republic, broke the world record for the most substantial volume of cargo ever carried twice in one week.

Back in the air after an 18-month break, the world’s largest aircraft is now carrying vital medical supplies from China. During its time out of service, the AN-225 was undergoing modernization.

The first record for cargo was set on April 14 when it took off from Tianjin, China to deliver medical supplies to Warsaw Poland. In a social media post, the aircraft charters KGHM, a Polish metallurgy and mining company, said it was transporting millions of face masks, thousands of protective overalls and helmets. In total the cargo equated to 1000 cubic meters, the largest volume of cargo the six-engine monster had ever carried.

Then less than a week later, the record was broken again when the giant bird transported 150 metric tons of cargo from China to France. Operating on behalf of a private cargo company called Dynami Aviation (and nothing to do with the French government’s air bridge), the giant aircraft delivered medical masks, gloves and other protective clothing. According to reports coming out of Paris-Vatry Airport (XCR) it took workers on the ground 10 hours to unload all the cargo. 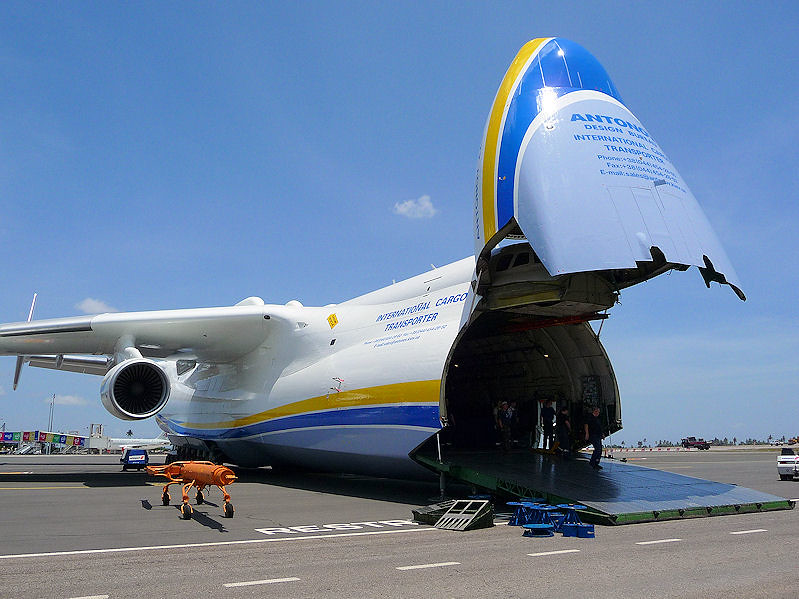 About the Antonov AN-225 Mriya

After initially being developed by the Soviet Union to transport the Energiya carrier-rocket and Buran space shuttle, the aircraft entered commercial service in 2001 with Antonov Airlines. It was called “Mriya” which means ‘Dream’ in Ukrainian. The plane holds 242 world records.

Since first taking to the skies on December 21, 1988, the AN-225 is the go-to aircraft when companies or governments need to transport heavy equipment or oversized cargo. While proving its value delivering medical supplies during the current coronavirus emergency, the AN-225 should remain operational until at least 2033.

Since its maiden flight on December 21, 1988, the AN-225 has delivered heavy and outsize shipments across the globe. As well as the Antonov AN-225 Mriya, Antanov Airlines has been using five of its heavy cargo AN-124s to help deliver medical supplies around the globe during the coronavirus pandemic.

As well as cargo specialists like Antanov Airlines and military cargo aircraft, many airlines have converted their passenger jets to carry cargo. With lockdowns in place and borders closed, airlines are now looking to increase cargo flights to have at least some revenue coming in.