by September
in E-Commerce

Amazon has dominated the COVID-19 news because of its ability to get some medical supplies and the reliance of people on ecommerce to protect them as they shop. It’s been a good time for the company’s financials, with significant increases in sales and secure positioning for its other services.

Unfortunately for Amazon, it was also in the news because of product mishaps, fulfillment concerns, worker illnesses, and poor handling of concerns. What the brand did, and didn’t do, can be a useful guide for smaller warehouse and logistics companies to follow.

The best lessons are from Amazon’s mistakes because few 3PLs and service companies are big enough to survive similar mishaps.

Amazon faced a tough situation, just like all of us. We all got some things wrong. The hope is that they won’t turn into long-standing issues. For Amazon, it’s unclear if that’s the case, but the thing with the most significant potential for prolonged harm is how it communicated and worked with its partners.

The biggest misstep from a partner standpoint would be when it announced a halt to accepting shipments from some third-party sellers and gave little guidance on what this meant. Sellers flooded Amazon’s forums to ask questions, and rumors spread just as fast as valid answers. People were upset, scared for their businesses, and frustrated that Amazon might not be a viable marketplace in the future.

While Amazon did eventually move back to allowing all third-party shipments for its FBA program, some harm has been done. Companies are looking at moving to do their own fulfillment — which was rewarded by the Amazon AI at some points during the pandemic — to prevent any future move from Amazon bringing an entire small business to a halt.

Amazon may be trying to tackle some of that relationship harm with efforts like waiving some storage fees or supporting more fulfillment operations. Still, it’s unclear how much harm happened. 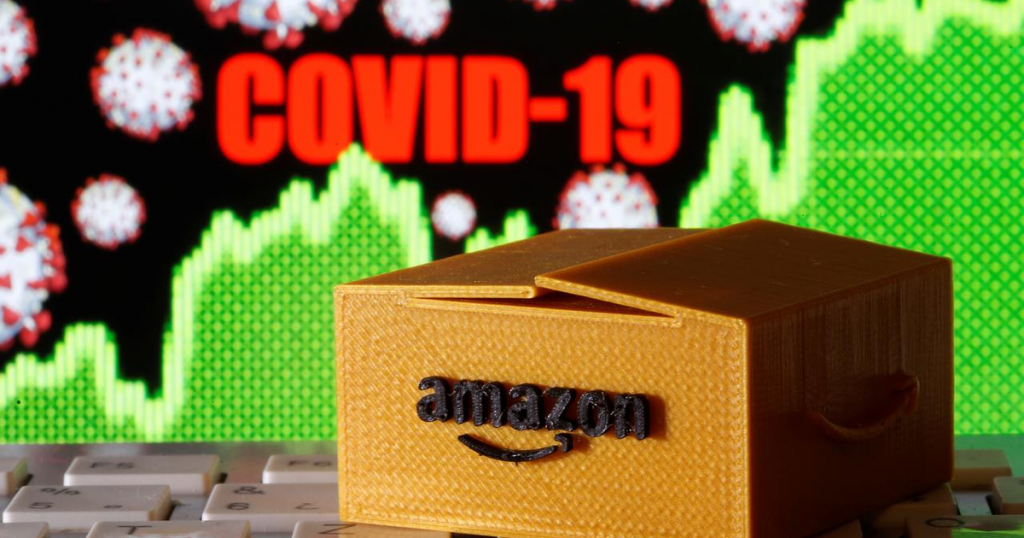 Diversify and simplify when you can

An estimated one-third of top Amazon sellers are in China. It is believed to source some of its own products from China, and many of its smaller sellers also get products or drop-ship directly from the region. The spread of the pandemic and closure of factories, as well as shipping issues, then hit Amazon and its sellers quite hard.

Different points at the supply chain all ran out of goods or production capabilities, which started limiting what was available and hurt revenue for everyone involved. Diversifying sources and partners, both in goods and location, could have mitigated some of this risk.

Logistics professionals should look at regional needs and concerns right now. Identify where your product lines could struggle and if there are potential replacements for materials. If you’re a 3PL or providing other warehouse services, consider expanding to multiple locations. This can help you get goods to the end-customer faster as well as protecting fulfillment operations during COVID and similar black swan events.

Safeguarding people is just the minimum

At least seven of Amazon’s employees have died from the coronavirus, and the company has been very unclear about how many others have become ill. There is a new lawsuit by employees around the company’s contact tracing and potential exposure of employees — worth noting that the lawsuit doesn’t seek damages, just an injunction forcing Amazon to follow public health standards.

Throughout the pandemic, Amazon has taken heat for how it has treated its workers. This covered safety equipment and protections, sick leave and sending people home, and how it responded to labor demands. And, much of the anger is deserved.

The pandemic is scary and should be taken seriously. It was Amazon’s responsibility to make its employees feel like they were taken care of and protected.

Hopefully, this has served as a wakeup call for logistics and warehouse businesses. Your people matter, far beyond just what they contribute to the health of your business. There’s also a good chance your business will be judged by how you treat your teams. The world now makes much of this information public, too, if you need that extra layer of fear to get going and ensure your teams are safe, protected, and following the right policies.

Consumers are spending more money on Amazon and shopping more often, largely due to the pandemic, but they’re not as happy about it. People saying they were either “very” or “extremely” satisfied with Amazon’s service fell from 73% to 64% from June 2019 to now.

The biggest frustrations have been delays in shipping and unavailable products. People view that they’re paying for the service, and its interrupted supply chain is still creating waves. Prime shoppers aren’t able to get the fast, two-day shipping on all purchases, despite being the most lucrative customers. Amazon has actually seen a decline in customer satisfaction over the last five years, according to that same report.

Growing discontent is a threat. Logistics and warehouse businesses don’t have the size of Amazon or the weight to throw around. If your customers aren’t getting what they’re paying for, they’ll move on to another service provider. The same is true if you’re late, damaging goods, or getting orders wrong. There are few real alternatives to Amazon, but there are many alternatives to all of us.

That’s perhaps the most important lesson in all of this for the logistics profession. Amazon needs to learn it before a genuine rival rises to compete, but it’s a good focus for warehouses starting today.

E-commerce giants gradually “exhausted” in the race for fast delivery