While the air freight industry may be wary of the surge in growth of Asia-Europe rail services, more customers are moving there from sea freight, according to one forwarder.

Container traffic from China to Europe via rail grew 34% in the first half of this year, with a 72% rise year on year in June alone.

Exports to China are also gathering pace, albeit from a lower starting point, up 58% in the first half, and up 178% in June, according to data from CargoFacts.

Maersk yesterday announced an ocean-rail service to take advantage of the route. Interestingly, the shipping line has just appointed Torben Bengtsson to head its air and LCL department. Mr Bengtsson led Ceva’s initiative to start road services between China and Europe, “to find an alternative to the escalating air freight market”, he said at the time.

“There is a need for this service. From what I see, our clients go to a particular mode and, if it’s successful, they’ll stick.”

The rail services have been boosted by new technology, with the first train to use the Freight Transport electronic trading platform arriving last week.

Part of a joint project between Digital Logistics, a Russian Railways subsidiary, Rail Cargo Logistics – RUS and TransContainer, communications between the platform’s partners were all handled online.

“The customer generated an application, received the offer, paid for the service and tracked its status in the personal account on the Freight Transport electronic trading platform,” explained Russian Railways.

More than 80 companies are connected to the platform, including 72 rolling stock operators, three terminal and warehouse operators, five carriers and six stevedores, it said. 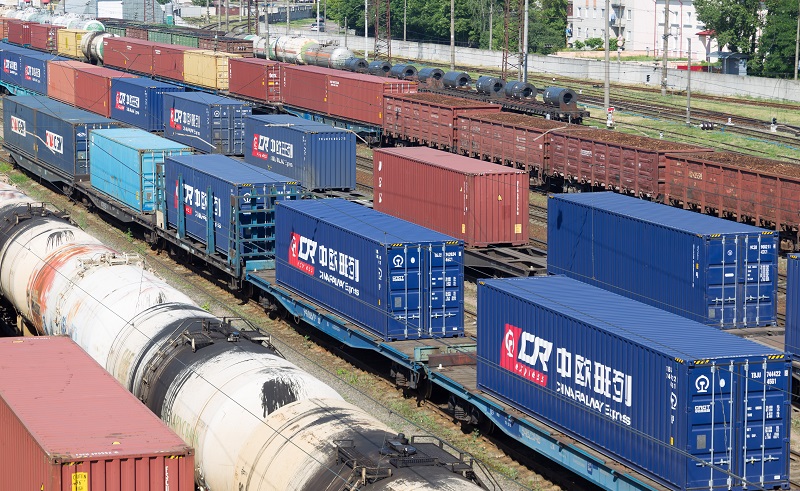 UTLC ERA said growing use of technology on the services had driven some of the volume growth.

“The July record high traffic was due, among other things, to the new technological solutions developed jointly with the traffic departments of RZD, KTZ and BZD,” said Alexey Grom, chief executive of UTLC ERA.

Maersk, Orsted and other Danish companies team up to produce sustainable fuels on a large scale