by September
in Sea

Carriers have used blank sailings to cut expenses and keep rates aloft at a time when demand for ocean shipping has been sliding.

“The Group continues to adjust its capacity and logistical resources to meet the needs of its customers in order to preserve its profitability and protect its cash flows and its liquidity,” CMA CGM said Monday in a press release. CMA CGM’s volume was down 4.6% in the first quarter, but the company’s CFO, Michel Sirat, told Lloyd’s List it expects volume to be down around 15% in the second quarter.

Maersk expected volume to drop 20% to 25% in the second quarter across all its businesses, the carrier said when it released its earnings last month.

There has so far been no indication of a summer peak season that would normally occur in ocean shipping, according to a note from Drewry last week.

Spot rates from China/East Asia to US 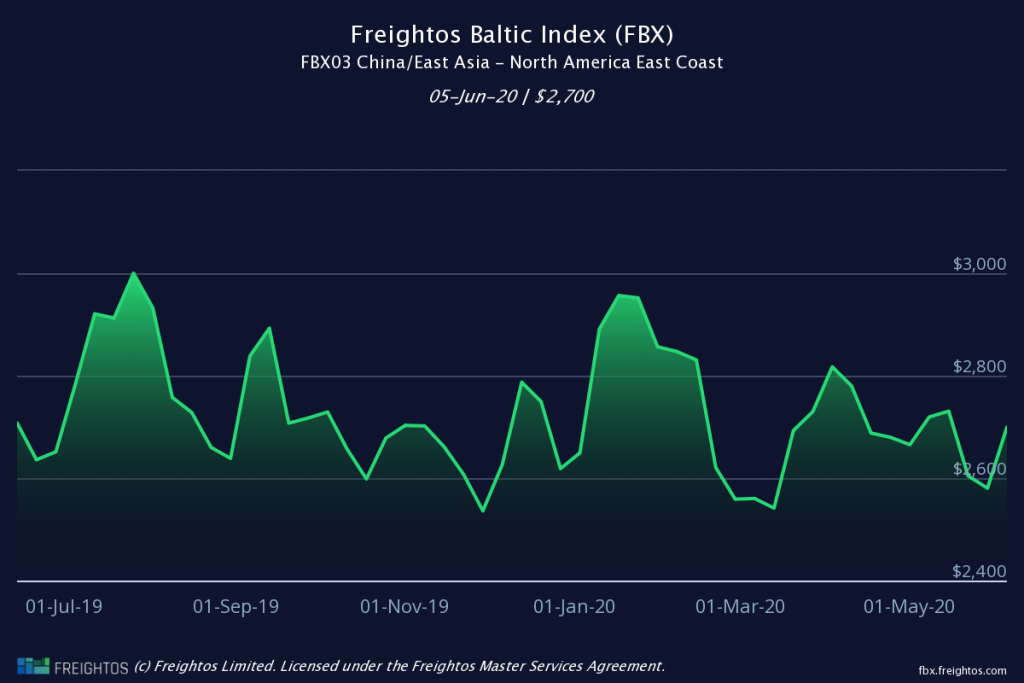 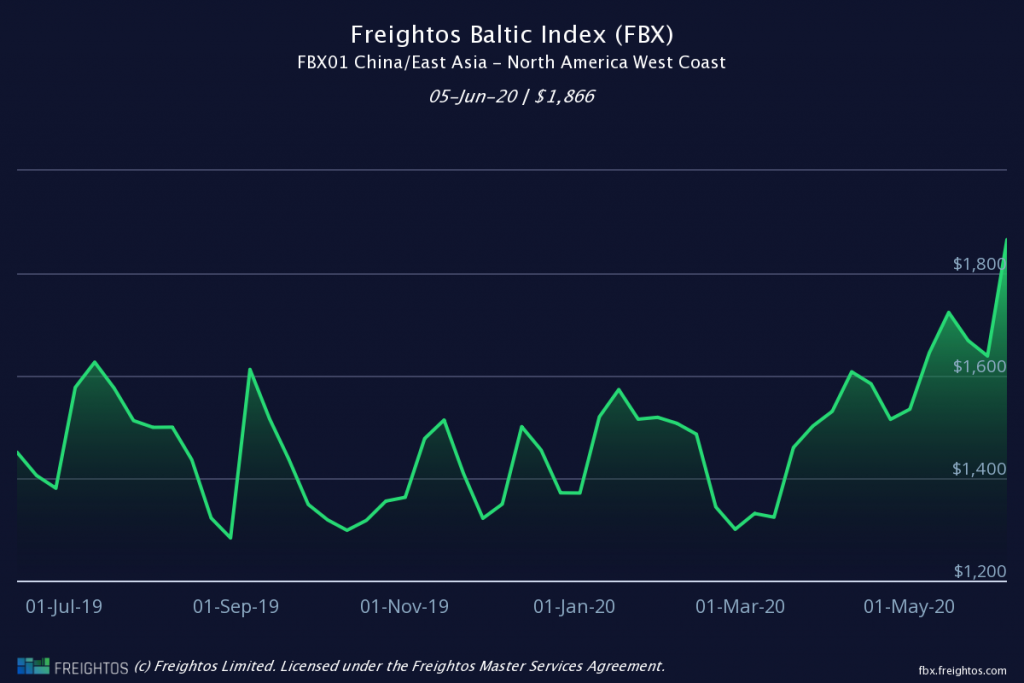 Rates from China to the U.S. have actually managed to increase recently. Rates between China/East Asia and the North America West Coast have grown nearly 14% between May 29 and June 5, according to numbers from Freightos.

It is difficult for carriers to plan blank sailings months in advance, but the latest announcements from 2M and THE Alliance show the carriers are making an effort to provide more notice to shippers. Last week, blank sailings were planned to drop to zero in about six weeks, Murphy said in an interview with Supply Chain Dive.

“There is two ways of interpreting that,” he said. “Number one is that everything is good six weeks from now, all the problems have gone and capacity is back up and demand is back up, which is the optimistic but also very unrealistic reading. The more realistic reading is that the carriers have had only plans six weeks out last week.”

Carriers have gotten much better at managing their capacity during the coronavirus pandemic, he said. “And why are they better now? Well, there are less carriers,” he said. “There used to be 20 carriers, so you could almost be certain there would always be somebody ready to underbid the market … and freight rates would almost immediately tank whenever we had a disruption like this.”

Now, the East-West trade is controlled by three alliances, which means there is less undercutting by the companies left on the market that feel like they can manage the supply and demand with blank sailings.

Blank sailings can cause headaches for shippers as the canceled trips can remove port callings that are important to certain supply chains. There are options for shippers, such as switching to a different alliance, which “is going to be a bit of a nightmare,” Murphy continued.

There will likely be more blank sailings in the near future, according to Sea-Intelligence.

In the next 12 weeks, about 8% of capacity has been taken out of the Trans-Pacific route and about 15% has been taken out on Asia-Europe. Ocean Alliance has so far announced fewer blank sailings than its counterparts at 2M and THE Alliance, Murphy said.

“We think it’s very likely that [Ocean Alliance] will be announcing a considerable amount of blank sailings in the coming weeks,” he said.

As freight rates stay higher, some carriers could be motivated to add more capacity to the market, which would then pull rates down, he said.

India: Uber and Meta to launch a ride-hailing service via WhatsApp