While many airlines have made plans to retire the iconic 747 aircraft over the next couple of years, recent global events have conspired to speed up the process. KLM has been one of the 747s greatest fans during her era. What has happened to its “Queens” now that the relationship has come to an end?

In March this year, rumors began circulating that Dutch flag-carrier KLM would be retiring its remaining 747s early as a result of the ongoing pandemic. They turned out to be accurate, as the final KLM 747-400 commercial flight, KL686, arrived in Amsterdam from Mexico City on March 28th.

The era of the blue-and-white liveried Queen of the Skies had come to an end after a relationship dating back to 1971, when KLM took delivery of its first 747-200.

The latest bird to fly the Schiphol-nest was PH-BFY, named after the city of Johannesburg. The aircraft, delivered to the airline as late as 2002, was taken out of service on March 29th. Then, a little over two weeks ago, on June 29th, she was ferried to the Mojave Air and Space Port in California, otherwise known as the Mojave boneyard.

Before that, the final journey across the Atlantic was made by PH-BFS, named after the city of Seoul and with the airline since 1996. The aircraft officially exited service on March 27th and flew to Mojave two months later, on May 26th. 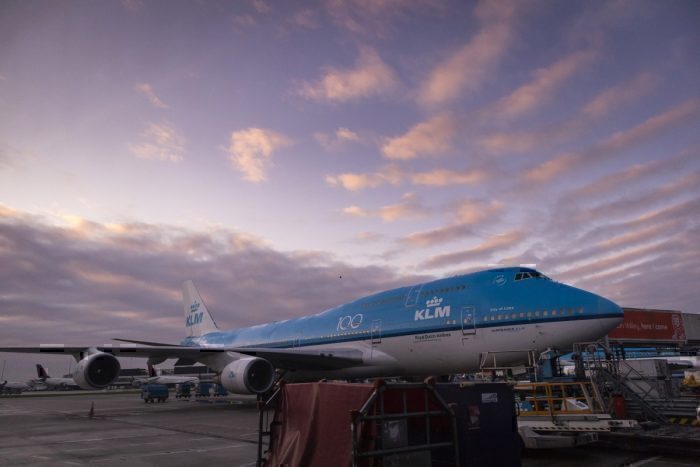 Prior to the March exits, one KLM 747 was relieved of its duties in February. PF-BFH, 30 years old and named after the city of Hong Kong, was withdrawn from use on February 28th. However, she had a much shorter final transition than her siblings, who exited in March, flying to the Teruel boneyard in Spain on March 9th.

Even before the pandemic hit, KLM was planning to phase out is 747 fleet by 2021, so it is no surprise that 2019 saw the retirement of four of the jumbo jets. The two that left in December were PH-BFG and PH-BFI.

The latter has been stored at Teruel since December 27th. The former was snapped up by Air Atlanta Icelandic for parting out and was re-registered as TF-AMG. As far as the data shows, its final flight brought it to Cotswold Aiport in the UK.

Most likely they will not fly again

So what will happen to these Queens? With the crisis ravaging commercial aviation, and the fact that 747s have been on the list of sacrifices in the name of fleet modernization for some time, it is hard to imagine they will leave their boneyards and go back into service for other operators.

Most likely, they will follow in the footsteps of their predecessors, such as PH-BFC and  PH-BFF, that flew to Teurel in March 2018 and Enschede in January 2018, respectively. They have both since been broken up for parts.

Still, some get lucky, such as PF-BFH, named after the city of Bangkok. Aircraft End-of-Life Solutions purchased her in December 2018. This sounds ominous, but she was snapped up by leisure operator Corendon. She then went on to be preserved at the Corendon Village Hotel next to Schiphol Airport.

According to Planespotters.net, there are still eight 747s in the custody of KLM, but it is difficult to imagine a fate different from that of those who have already left Amsterdam could be awaiting them.

The Reason Why Plane Lights Are Dimmed During Takeoff And Landing