Bamboo Airways Set To Operate Its First Flight To Italy

by September
in Air

Following a program of repatriation flights to the European Union, Bamboo Airways is now set to operate its first flight to Italy. The Vietnamese carrier was due to launch regular European flights in March, but the current lack of travel demand has caused this to be postponed for the foreseeable future.

Earlier this year, we discussed whether Taiwanese startup Starlux was the unluckiest airline given the current circumstances. However, it seems as though the opposite is valid for one and a half-year-old Bamboo, who has been making the best of the bad situation with several dedicated repatriation flights.

According to Bamboo Airways, this week’s flight will serve two purposes. Firstly, it will meet the increasing demands of Italians stuck in Vietnam wishing to return home. However, it will also reinforce the 47-year-old diplomatic relationship between the two countries.

Like the earlier repatriation flights operated by Bamboo to Prague, Vilnius, and London Heathrow, Friday’s trip will be a long one. The Boeing 787 is expected to depart from Ho Chi Minh City at 03:00 in the morning. Following a 13-hour flight, it will touch down in Milan at 11:00. 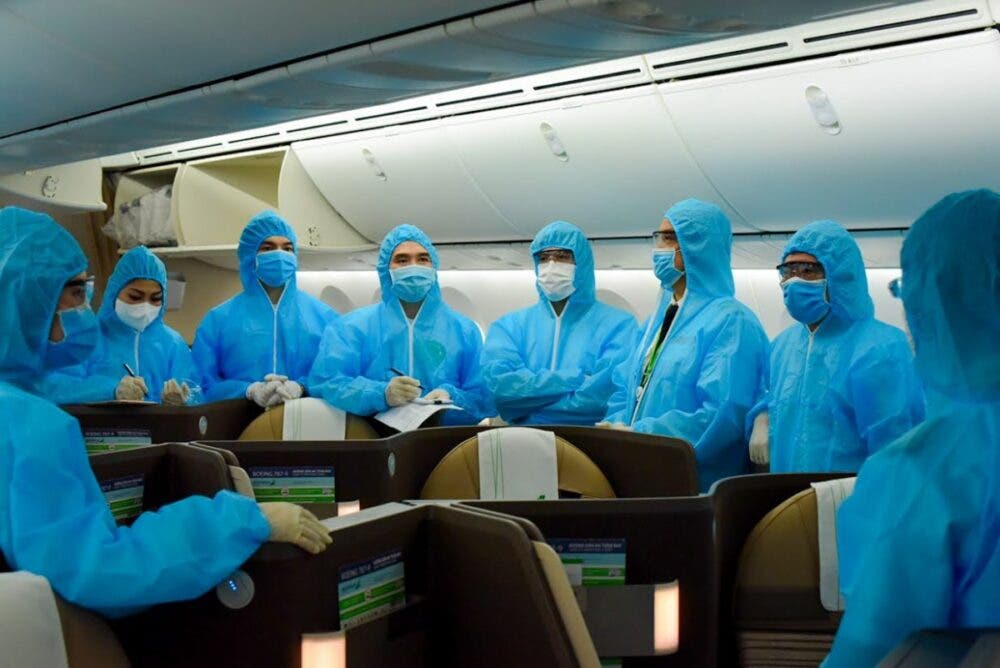 Of course, given the heightened sense of concern that currently exists around travel, Bamboo will implement some special procedures. Passengers will be required to wear facemasks during the flight and will undergo health checks before the trip. Meanwhile, the crew will be decked from head to toe in special PPE uniforms reminiscent of that implemented on Qatar Airways.

While regular scheduled long-haul flights to Europe still seem quite a way off, Bamboo Airways is working to restore its capacity domestically within Vietnam. According to the airline, it has regained 90 percent of its domestic routes so far. From the 1st of June, the airline has been operating 16 Boeing 787-9 flights between Hanoi and Ho Chi Minh City, showing its importance as a route.

Bamboo Airways is also eying recovery and expansion on an international basis. No set timeframe has been laid out for such recovery, as it will depend on the individual situations of target countries. Local countries, such as Taiwan and South Korea, will likely resume first. Them the carrier will look to finally launch its European Prague route when demand returns and regulations allow.

Interestingly, the airline also today pointed out that with a fleet of 40 aircraft by the end of the year, it is also in the process of exploring new routes to East Asia, Europe, America, and Australia. It had previously touted a new Munich route.